Debunking Strength Training Myths – with a Canadian champion no less 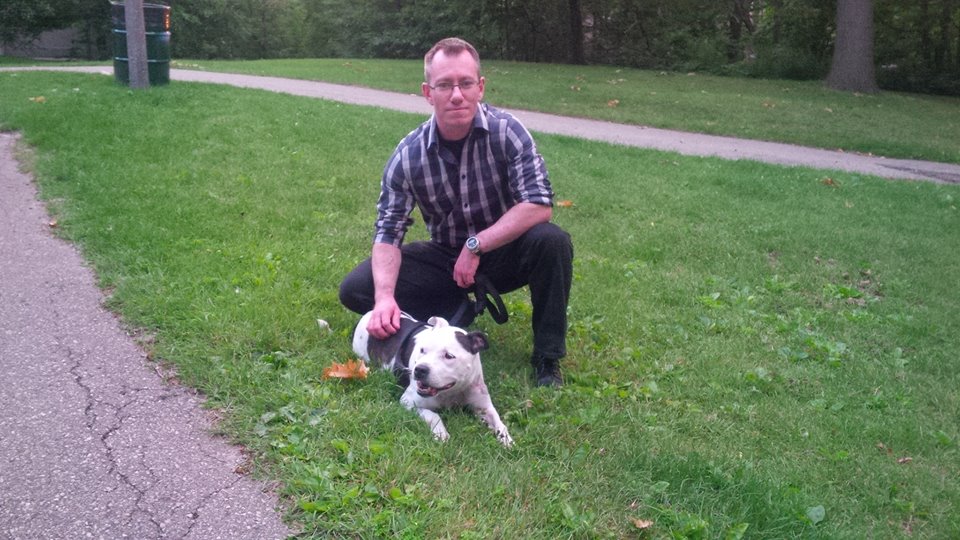 Strength training has been on my brain for these past couple of months. In prepping my own strength program for endurance athletes, I sought out my old strength coach Michael Labovsky. Michael introduced me to powerlifting back in 2009. It had been a little while since we spoke and I could think of none better to answer some programming and technique questions. I also took the opportunity to get Michael’s thoughts on a couple of general strength topics and his very straightforward opinions on some common strength training myths.

Why should you pay heed?

Michael has amassed quite a power lifting and strength coaching resume:

Why powerlifting? What attracted you to the sport?

ML (in this case Labovsky, not Liberzon )

I’ve been lifting for a little over 18 years now and getting stronger has always been a consistent goal, regardless of what else I might have trained for. I’ve also always been attracted to events like Strongman, Olympic Weightlifting and Powerlifting, and would follow these on TV or online, and would even travel to the USA to catch World Championships. I’ve gotten fairly strong and was curious to see how I would compare in a competitive setting. I looked up the numbers that people were putting up, and thought, “Hey, I can do that!” so I signed up for my first powerlifting competition in 2009. I’ve done fairly well with that and now it’s something that I can keep as a motivator for myself to keep improving and learning.

There is still some controversy as to the role of strength training for endurance athletes. Would you recommend that runners and triathletes strength train? Why or why not?

I think that the only reason for a controversy to exist would be either lack of knowledge or dogmatic adherence to misconceptions. Here is a fact: All other things being equal, a stronger athlete would perform better than a weaker athlete. In many instances, strength would compensate for deficiencies elsewhere. Strength, besides being important in and of itself, is the foundation of explosiveness, power, postural stability, and strength-endurance (obviously). Of course, shorter duration, more explosive sports would require more strength than endurance sports, but if you increase your maximal strength, doing work at a significantly lower rate would still be easier. Let’s say you’re a 150 pound triathlete that can squat 150 pounds that then trains to become a 150 pound triathlete that can squat 250 pounds. You now have 67% more strength, but still have to only move the same 150 pounds through space. Is it going to be easier to run, swim, and cycle? You’re damn right it is.

The two arguments that I hear most against strength training is the resultant weight gain – the boogeyman of many endurance athletes – and the thinking that large, strong muscles are not ‘fuel efficient’. That is, these muscles require more oxygen and sugars to contract than less strong muscles. What are your thoughts on these two arguments?

As you can see, in both cases the heaviest athlete is 2 or more times heavier than the lightest one, yet the lifts are “only” 27% and 47% heavier! In the case of the squat, the heaviest weight was set in the 242 class and not the 308+ class. This serves to illustrate to non-strength competitors that it is possible to get incredibly strong (or at the very least significantly stronger than you are now) without increasing size. (The decrease in relative strength is due to many factors, not least of which is the fact that as bodyweight goes up, relative strength goes down, and also heavier athletes are usually rocking a higher bodyfat %, but it doesn’t really diminish the point.)

In powerlifting, you spend considerable time lifting close to your maximal weight. What’s your opinion on lifting heavy for non powerlifters – say for endurance athletes?

The goal of powerlifting is maximal strength, and even then you end up cycling through various training phases – using periodization – to minimize your risk of injury and to let your body and your nervous system relax before ramping up training again. Additionally there are various training methods and systems, to which different people respond differently. You also focus on things other than maximal strength, like speed and eccentric strength just to name two. Staying near maximal loads for prolonged periods of time is going to break your body and burn out your nervous system. Having said all that, if the training goal is strength, you have to lift heavy, even if you’re an endurance athlete. In the case of non-strength competitors this would of course be during a strength building/maintaining phase. There is no way around this. You can cycle in lighter training or circuit training or kettlebells for strength endurance, of course.

How would you modify your typical strength program to suit an endurance athlete’s training needs?

I think the most important parameter to watch out for is volume, which is the cumulative workload of all the sets and reps being performed. I think it’s valuable to keep that fairly low when you are training with heavy weights, to prevent over training and reduce the risk of injury. Warm-up and work up to a heavy set or two and move on. I think it would also be a good idea to keep a rep in reserve when you’re lifting, as you’d still be able to significantly increase strength that way while keeping things a little safer. An example would be if an athlete is using a 5-repetion weight in the squat, to stop at 4 repetitions – after all, all-out maximal strength is not the competitive goal here.

There is a lot of conflicting, and often completely bogus, strength training advice out there. Care to share a couple of your favourite ill-conceived training tips or methods?

One of the biggest “ill-conceived training methods” is the prevalence of stability and “core” training, done jointly with exercises for prime movers. For instance, if you’re bench pressing, you don’t need to train your “core” at the same time by placing your feet on the bench. You’re decreasing the load on the chest muscles, you’re increasing the chance of injury, and you’re actually decreasing the tension that your abs are able to build (there is plentiful research that proves that your abdominal and back musculature recruits much better against a stable rather than wobbly surface). So you’re sacrificing the benefits of the exercises for the actual target muscles in favour of a mythical benefit to the “core” that doesn’t actually take place. The same goes for the incessant BOSU training.

I have a bit of an all-encompassing comment about training advice out there in general, and on the internet specifically. You have to be careful who you are getting your advice from, and whom that advice is targeted at. There are a lot of training protocols out there that have been created by people on anabolic steroids that can only be followed if you’re partaking in a similar regimen. For clean athletes most of these protocols would be too much and would tear the body up. This is once again to reinforce my point about controlling the volume of training. And also make sure that you have sufficient recovery.

And one last thing, I cannot overstate the importance of having a competent (key word) coach to guide you in whatever you’re doing. Having somebody qualified assess your movement and technique is the single most important aspect of training to ensure progress and longevity.

Thanks Michael. No punches pulled here!