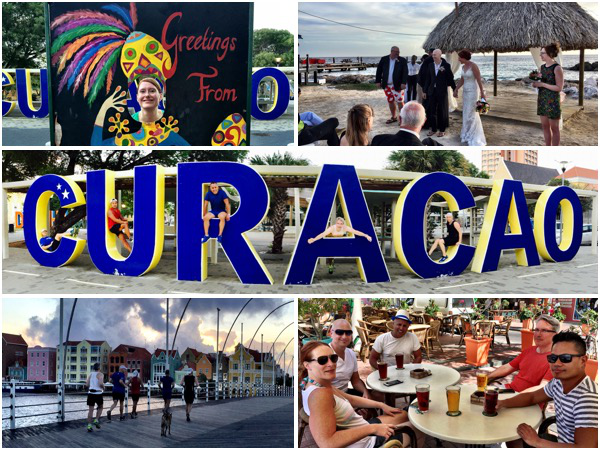 My (love-hate) relationship with running started quite young, when I realized in elementary school that I could sprint faster than a bunch of the boys. Back then I thought I would be a track star…crushing 100, 200 and 400m races/relays and racking up medals at meets everywhere. Clearly, that didn’t happen. But I did discover that there was something about running that I still carry with me to this day.

From my youth onward, I always used running as a way to try and keep in shape and to be able to eat a bit more of the delicious food that I loved so much. Eventually though, I got that slightly cliché bucket list idea stuck in my head…I wanted to run a marathon sometime in my lifetime.

It was an overwhelming goal and knowing myself well enough to be sure that I need help with accountability, I started my marathon journey by first signing up for a half marathon clinic. The ease of having someone who knows what they’re doing helping get you through a training program was comforting. The idea that I would have someone to be accountable to was necessary. The potential for meeting some new people and maybe even making some new friends was enticing. Little did I know at the time that it was that last piece that would be the most important in my eventual journey to 42.2km.

I am a marathoner. Well maybe kind of a retired one now but before my self imposed moratorium on long distances, I made it through seven marathons, a bunch of 30kms, more than a dozen half marathons and a couple short distance races thrown in. I can unequivocally tell you that I NEVER would have made it through that many long distance races and allll the training without my running buds. Group training has a ton of science behind it but beyond all that evidence spouted in articles across the internet, I am living proof that it works.

Having coaches, pace group leaders and other runners expecting you means that you can’t just no-show. I ran through some absolutely ridiculous weather, slight hangovers, lack of sleep, bad days and just not wanting to. Why? Because I knew people were expecting me and I knew that running with them would make it way better too.

I actually enjoyed myself

Training for long distances is hard. Really freaking hard at times. But having great run buds who are going through it with you, who are there to chat and laugh with, who will help pick you up and who you will do the same for, makes it all worthwhile. From moments of venting about life struggles to sharing secrets you might never otherwise divulge to sometimes becoming deliriously silly…it’s a bonding experience like no other. Who else would you talk about weird runner bathroom issues with?!?

I got faster…and became mentally stronger

Running with groups invariably means that there are people who are faster than you and at some points you will find yourself struggling to keep up. That chasing, that striving, without a doubt helped me make gains. While I didn’t do it all the time as I know that it can also be the path to injury, I allowed myself to do it on some of my training runs and it worked. My times did improve over the years that I trained with a group, despite the fact that I was also getting older. On the flip side, not every run will go well and not every race will be a PB and those same people were there to give me a pep talk and keep me motivated when I needed it most.

I made lifelong friends

This was perhaps the most surprising and amazing “side effect” of the whole group training phenomenon. I’m not originally from Toronto and I can tell you that moving to a new city on your own and trying to make good friends as an adult can be tough. But running and training for long distances with a crew brought me exactly that. The greatest friends…some of whom are like family to me now since mine are far away. A bunch of us just got back from a destination wedding where we got to share a week of fun and indulgence in the sun (with a couple sunrise runs thrown in) and celebrate the marriage of two awesome runners who are part of our #squad. If that’s not the best proof of the benefits of group training, I don’t know what is.