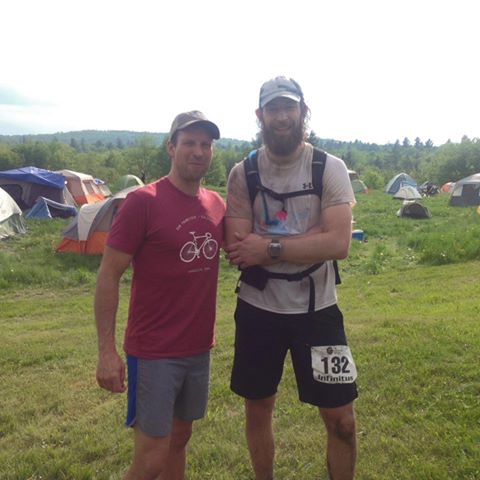 Matt came to us in March with a helluva goal: stretch a 10k long run to an 88k, immensely technical trail run in just three months. Turns out that he was more than up to the challenge. Read on!

Reflected on the race a bit today. Figured I’d share a few notes on lessons learned and things to do differently next time.

Fell on my face. Right at the start. Wouldn’t do that again. Just shitty luck, couldn’t really be avoided.

Heat was definitely an issue. Was drinking well over a litre per hour, around 1.5 per hour during the hottest part of the race. Fortunately I took a 3 litre water bladder. That was a good move.

Took advantages of streams to cool off when I was overheating and feeling really rough. Should have done that even when I wasn’t feeling rough. Prevention would have been better than cure.

HRM lied all the way through. I’ve become too dependent on it so wasn’t able to judge my level of effort as well as I should have been able to. I should run without it (or without looking at it) more often.

First half of the race went very well. I was definitely in the right sort of physical shape and it felt like a cruise. Was actually fun. When other people started to slow down, I kept cruising along. I was intentionally holding back, but still passed a few people. That was good for morale.

Late in the race it became a lot more mental than physical. I found that my energy levels and mood went in waves. Once I got through the first wave of nausea/exhaustion/self-pity and recognized that it was going to be a cyclical thing it was easier to manage. I just needed to keep moving slowly and wait for the wave to pass. The downs got deeper and the ups got shorter, but it was predictable and hence easier to handle. I found playing a game of “what would Michael say?” and “what would Krista say?” was useful. Invariably Imaginary Michael would tell me to pay attention to pace, water, nutrition. Imaginary Krista would tell me that I wanted something that would stretch me and that this is it, make the most of it.

Was really happy when I saw the results today. 40% of the field dropped out which shows it was tough. And to finish in the top 1/3rd was WAY beyond my expectations. I had an audacious goal in my head of getting round in 18 hours. Didn’t quite manage that, but was close. [Matt’s moving time was actually under the 18-hour mark at 17:56 – ML] And that was based on the course being 88km, not 94.
Feeling amazingly good after just a day of rest considering what I just did. Appetite is normal. Energy level is decent. Resting heart rate is normal. No real DOMS to speak of. Maybe it will kick in tomorrow, but I don’t think so. Feet are a bit sore, but getting better fast.

Overall, I’m fucking stoked! Thank you for being a big part of it.

I was stoked to be a part of it too Matt. Well done!