31 May Iron Dad – The Training Commute 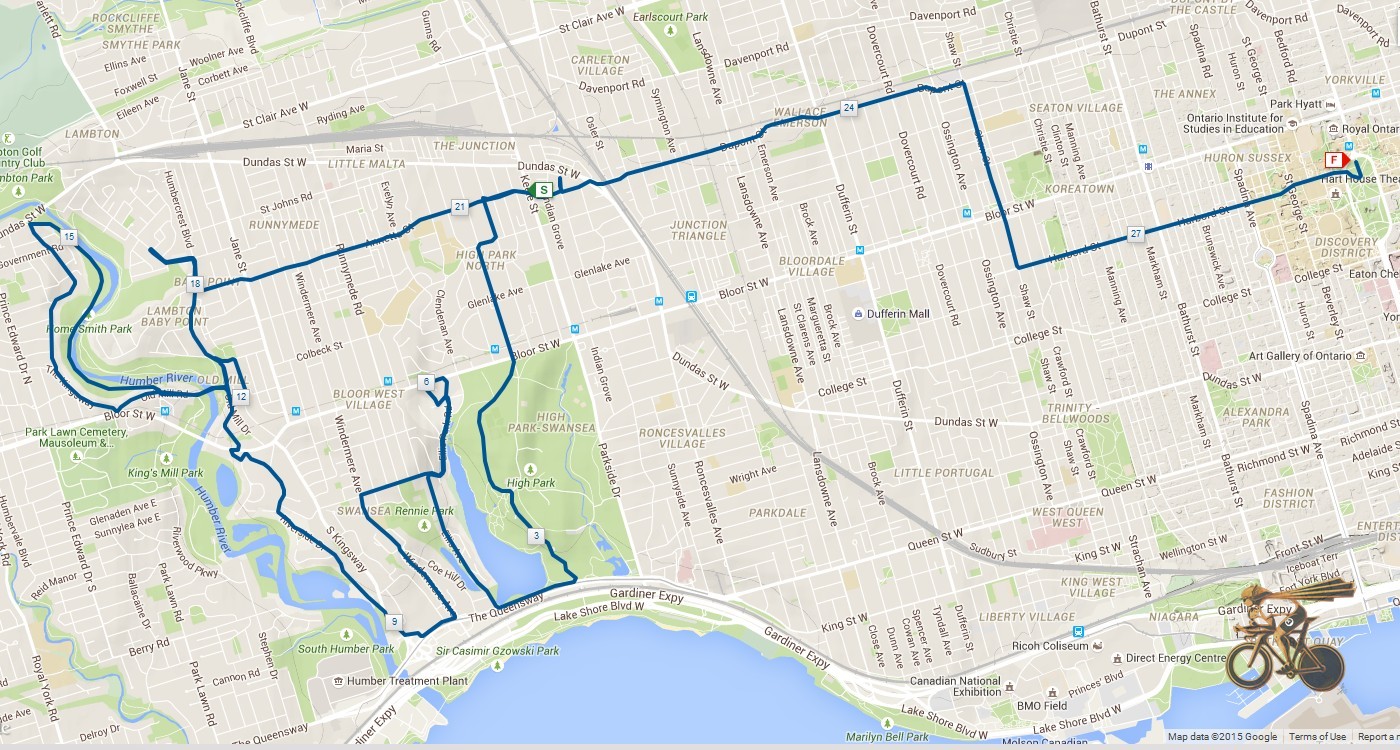 So the blog component of the Iron Dad project went a little off the rails after that first week of Edward. I mean, I haven’t written an entry in six weeks! Turns out that raising a newborn is a lot of work.
Who knew – right?

At least the training aspect of Iron Dad has been more or less on track. That is, of course, until I sprained my knee not quite 2kms into a 154km long ride last Saturday. But this is not that how-I-hurt-myself or the woe-is-me-I-can’t-train post. This is the one I SHOULD have written this time last week.

As many of you know, I wear a lot of hats – professionally, I mean. I am, of course, the triathlon and strength coach and owner of X3 Training, I do bike fits, I coach bike and run groups for various clients, and I work two shifts at MEC. This means commuting from my home in west Toronto to downtown, the east end, and as far north as Vaughan and Markham. For many commuting is at best a chore and at worst a soul-sucking-time-consuming pain in the ass. I know. I used to sit in my car in traffic too. The beauty of being a triathlete in training is that I now have two alternative modes of commuting that not only get me places but also fulfill a training role: riding and running.

Over the last six weeks, I’ve worked my training into my commute to a substantial degree. In fact, I only do two bouts of training each week that don’t involve a commute: my Hammerfest group road ride on Tuesdays and my long run on Sundays. Some weeks, even that long run is a commute! All other training gets me from A to B.

As convenient as commute training is, it does take a little bit of planning.

The logistics of bike or run commuting are sometimes a bit of challenge. You certainly need to be commuting to a place that embraces the practice and offers amenities like change rooms (where you should keep a couple of sets of clean clothes) and showers – or at least doesn’t mind you being a little sweaty. MEC has both, and none of my strength or triathlon group clients has ever complained about my state: they’re usually sweatier than me by the end of the session anyway.

Run commuting is easier in the city as traffic has minimal affect and routes are easily altered. I will often run to and/or from my MEC shift. The shortest route is 7km, but I can stretch it out to any distance, of course. There are many options for run commuting, but here are a couple.

Bike commuting is a bit more challenging. It’s straightforward enough to do easy or recovery rides, but the traffic and red lights make the training effect of most bike commutes pretty low. Riding in traffic also means having to be extra vigilant, so I do not recommend bike commute training to anyone who isn’t very comfortable in traffic and also riding a road bike. Aerobars on city streets are crazy dangerous folks! With that disclaimer in mind, there are a couple of good options.

Now if I can just figure out where I can swim commute, I’ll be set!