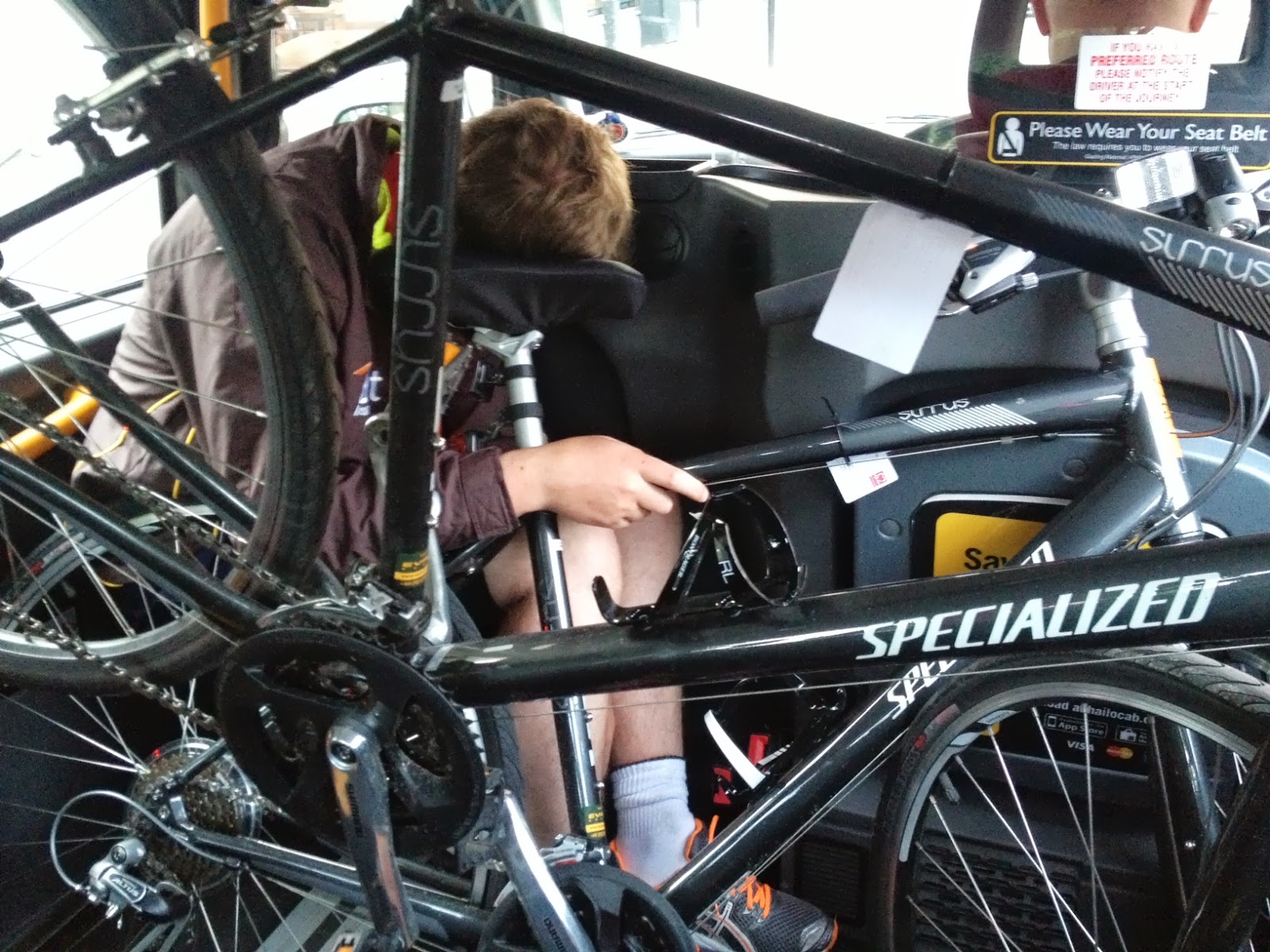 The wall is something that I’ve experienced for the last two seasons. Last season was all about short course, so the wall hit me – or did I hit it? – due to too much intensity for too long. Sure, I took my recovery weeks, but they weren’t enough to give me the mental recovery that I needed. Physically, I was fine. Mentally, though, I lost my ability to push hard through tough training sessions or big races. Last year it hit in early July, just as I was hoping to peak for the Nationals in Magog. This year, I’m starting to feel it now.

I learned the lesson from last year, so I’ve been keeping intensity at an absolute minimum as I train for IM Muskoka. I truly have only one very hard workout per week: my Tuesday night road group. The others aren’t necessarily easy, but are nowhere near as intense. Add to that the fact that I’ve only raced once so far in 2015, compared with the five races by this time last year. Those two factors have kept me going and motivated for a full extra month! Still, having to hit the brakes four weeks before the A race is far from ideal.

As I sit on a beautiful, breezy, sunny afternoon in a cottage on the shore of McQuaby Lake and reflect on my training so far this year, two obvious new stressors come to mind.

The first is fairly obvious: volume. Six-hour bike rides are hard. Period. Seven-hour efforts on the hills of Muskoka harder still. I’ve never trained at this level of volume, so it’s not unusual to expect the body to eventually object. I just wish it had waited another four weeks.

The second sort of snuck up on me: sleep – or lack thereof. I knew that training for an IM with an infant and wonky work hours would require some serious schedule modification, acceptance of suboptimal training, and other sacrifices, but I was wholly unprepared for the effect of sleep deprivation.

I remember being unhappy as I headed out the door this past Saturday – for what I planned on being my last six-hour training ride – with the fact that the training bout would be longer than the sleep I just reluctantly woke from. Sure enough, the ride was pretty terrible. I couldn’t do it. My legs felt like someone else was in charge of them: they would not cooperate. My power meter mocked me too. There are no excuses when you ride with that device. It tells it true. You can’t blame your lack of performance on the wind or the hills. So, instead of riding the last 100km after coaching the group at Angus Glen, I gladly took a ride home from one of my athletes.

But as I sit and write this, with two relatively sound night’s worth of sleep – plus a handful of short but blissful naps – I feel considerably better. With a season-longest run of 26k yesterday and my longest swim ever of 4200m today, I feel optimistic. Two more naps and a couple more nights of solid sleeping, and I hope to be back to form. So while I can’t do much about the volume, I can do a better job of prioritizing sleep.

Sleep, you are now a training priority! Congratulations.