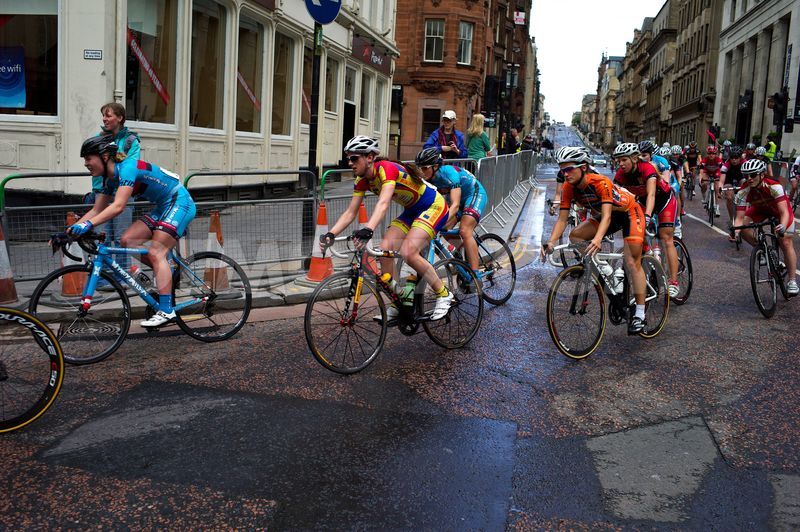 Bike training in the city is often a mission. While true that the truly precise and accurate training can really only be done on an indoor trainer, this triathlete has had enough indoor saddle-time this past winter. With summer in full, sweaty swing, it’s a downright shame to keep your two-wheeled steed shackled to a trainer. To that end, X3 will dedicate its July weekly training tips to making the most out of your outdoor rides in our often less-than-bike-friendly city.

Hill training. With its river valleys and the occasional bluff, Toronto actually lends itself quite well to hill training. Riding hills is one of the best ways to build leg strength and develop that often-missing physical quality that is muscular force. Hill work is even more key for athletes whose big races involve rolling or steep terrain. Tired of getting dropped on the climbs? Try any one of these hill repeat venues.

–          Brimley Road, south of Kingston Road. Brimley probably takes the win for the best hill climb in the eastern part of the city. This 1050m (from bottom to the first stop sign – longer if you turn around at Kingston itself) climb involves over 90m of elevation gain. Brimley is unique in its length allowing for longer hill repeats than just about any other hill in the city. Try it. You’ll like it. Maybe.

–          Pottery Road, west of Broadview. Pottery is another favourite among the city’s road riders. It’s much shorter than Brimley, but offers a steady and steep pitch. The way up is shared with pedestrians along a wide, two-lane path. Not having to worry about cars is a nice touch when all you can think of is ‘shut up legs and do what I tell you!’

–          Ellis Avenue, between the Queensway and Morningside. Closer to my own stomping – err…grinding – grounds in western Toronto, Ellis is a solid hill repeat option. Not as steep as either Brimley or Pottery, Ellis is a steady-ish 900m at an average 3% grade: perfect for working on those high-cadence assent skills that are key for courses with rolling hills.

–          St. Marks Road west of Humbercrest. St Marks is a short, but vicious hill leading down to the Humber River valley. It’s only about 150m long, but with an average grade of 17%, its most certainly a small ring, out-of-saddle, grinder type of effort. I’ve probably seen as many bikes walked up this little monster as I’ve seen ridden. It’s terrific for developing muscular force and top-end, low-RPM power.

I like to do a 20-30k route in the west that involves up to 400m of climbing: including both Ellis and St. Mark’s. It’s great fun. Drop me a line if you’re keen on giving it a go.

Interval / TT locations. While the Toronto hill repeat options are plentiful, the availability of long, traffic free stretches of road for intervals, tempo, and time trials is truly scarce. None of my clients and very few people that I’ve spoken with perform these workouts outdoors. I don’t blame them. Having to dodge pedestrians, dogs, and rollerbladers – while perhaps being dodged by cars – is not exactly ideal for high-speed, focus-on-the-push riding. Here are some options where distractions are mitigated and high intensity riding is at least possible.

–          Unwin Avenue between Leslie and Cherry. Unwin is by no means the smoothest of roads and the recent construction near the water has increased heavy vehicle traffic – not to mention the occasional smelly garbage truck. Still, this is my go to for a flat stretch for bike speed work in the east end. The stretch between Cherry and Leslie is about 2.6k, which is perfect for out-and-back cruise intervals of eight to ten minutes in length.

–          Home Smith Park Road between Old Dundas and Old Mill. This little gem of a street in the Humber River valley in the west end of the city sees very little traffic – both of the four-wheeled and two-legged variety. Its approximately 1.8k of perfectly smooth asphalt is sadly punctuated by four speed bumps, but if your handling skills are up to par, you can squeeze between three of the four of the yellow annoyances and the curb. A little rise at either end of the stretch provides the perfect spot to slow and turn without too much of a drop in intensity.

–          Convair Drive + Courtneypark Drive East between Renforth and Dixie. The Courtneypark route definitely wins the best time trial spot in the city. Winding its way along the southern (Convair) and western (Courtneypark) edges of Pearson Airport, this 7.5k stretch is interrupted by all of one stop sign. You won’t find a route that allows for this much truly fast, sustained leg abuse outside of a race! There are both hills and exposed – and therefore windy – sections along the course making it both challenging and fun.

City riding safety and etiquette. It stands to reason that the busier our roadways, the more important it is to follow established rules and maintain – try really, really hard to maintain – respect and courtesy for other road users. All too often, the conversation takes on an ‘us vs. them’ tone. It needs to change to ‘us plus them’. Cars aren’t going to disappear from the roads – no matter how much our inner environmentalist / hippy self may want that. Bicycles aren’t going away either. There will always be some sort of road sharing. The only way that I see that sharing working out amicably is if both parties recognize the others right to a) exist and b) occasionally get in their own way.

–          Obey all traffic laws. If your wheels are on the vehicular section of asphalt – whether you have four wheels or two – you are bound by the Ontario Highway Traffic Act. That means that those red lights and stop signs apply to bikes as well as cars. I am very diligent at lights. I’m also the jerk that yells at fellow cyclists when they are not. I am less good with stop signs in residential areas, but I am working on it.

–          Signal your intentions. I drive as well as ride for commuting: transporting 150 pounds of kettlebells on a road bike exceeds the maximum rider weight – I think. My biggest issue with cyclists when I’m behind the wheel is that I don’t always know what they’re going to do next. So please, for everyone’s safety signal your turns, lane changes, and stops as you would in a car.

–          Be visible. A cyclists wearing black with no lights after sundown is asking to become a speed bump. It’s almost as dumb as riding without a helmet. Maybe dumber. White light in the front and red in the rear please. Another tip is to stay within the sightlines of nearby drivers. You know that blind spot that cars have? Well if they can’t see another car when it’s in that spot, they sure can’t see you on your bike.

–          Do not punch, kick, or otherwise assault cars. I’ve been guilty of this in the past. It’s ever so tempting to express your frustration in a physical manner when you almost get side-swiped by a cabbie making a right without looking – or signalling – or hearing you yell. Strictly speaking, if a vehicle is respecting your one meter of space, its way out of punching range anyway, right? Well, just like road rage between car drivers is more often than not a regrettable, shameful display of a lack of self-control, so is fender kicking, hood slapping, and even verbal assaults of cyclists on motorists. More often than not it’s the cyclist that ends up looking like the offender. Don’t do it. Rise above.

–          Take the lane. In a typical city street that has more than one lane in each direction of traffic, it’s almost always safer to take up the rightmost lane. In most road lanes, there isn’t enough space for a car to pass a bike safely – that is, allowing the cyclists their one meter of space – without crossing over into the adjacent lane anyway.

–          Wear your helmet. Asphalt is unforgiving and I have the scars to prove it. Skin heals however, but head trauma is often cumulative. Protect your bean. Wear a helmet.