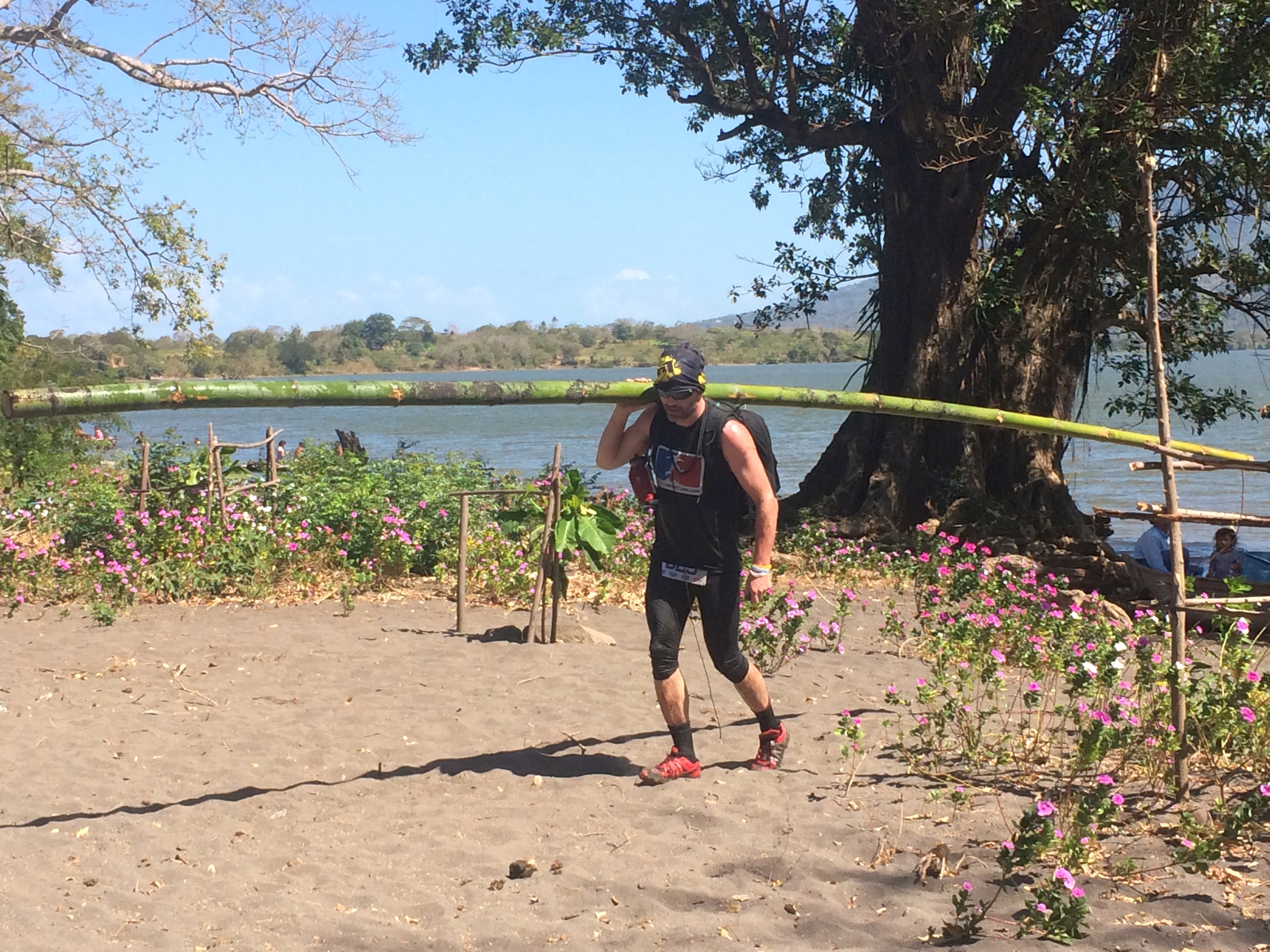 Paul is a successful consultant, part-time single dad, and a self-proclaimed couch potato turned ultra-marathoner and adventure racer. He called me up in December 2013 to tell me about an intense week he had planned just two months in the future: a 24+ hour/80k survival race – up and down the volcanoes of Nicaragua – followed by a 100k trail ultra a mere four days later. The pair of races is known as the Fuego Y Agua Devils Double.

He wanted help with training and race prep, plus he was dealing with a number of nagging injuries that were the results of increasing training volume too quickly, and of training too hard. We got to work.

Paul put on a solid show at Fuego, despite starting the race with deep chest cold. He made it to about the 23-hour mark before hitting a time cutoff, and being pulled from the race. The chest cold, which was in fact pneumonia, did not allow him to start the 100k ultra.

He is not a man to be deterred however, and will go back to Nicaragua in February of this year for another go. We have been working together ever since, and Paul has made amazing improvements in run fitness and overall health, running longer in training than ever before and remaining injury free. So far this year, he’s set PBs in just about every run distance that he has tackled, including an ad-hoc 1:37 half marathon and a ‘just for fun’ 20:38 5k.

Go slow to get fast right?

As part of his prep for Nicaragua, Paul had registered in the Run for Kids at York University this past Saturday. That race: an endurance fest on a 232m indoor track – for eight hours.

I had a chat with Paul about the experience. Here goes.

So wait…you ran for eight straight hours around an indoor track? To most – even to the self-proclaimed endurance junkies likely reading this post – that seems … extreme. Paul, give us the ‘why’ please.

A number of reasons. First, and most obviously, these things seem like a much better idea six months in advance when you are registering! But really, I like the idea of challenging myself in various ways. Physically, of course, but mentally as well. And this was by far more of a mental challenge for me than a physical one. I did the Frosty Trail run last year, which is a 6 hour 2k trail loop in the snow, and I thought that would have prepared me, but not so much.

Also, with the Fuego Y Agua races coming up in February, I thought this would be a good test to see how the training was coming along. As far as that goes, I was very happy with the outcome.

The mental fortitude aside, how do you train to be physically ready for eight hours of non-stop running?

With physical training, it has been consistency and slow buildup of volume. I started running ultras in 2013, and had a great first year, but I came out of it with what you might expect after going from maximum half marathon distances to ultras within a few months. I had some PF (plantar fasciitis), piriformis problems, hamstring tendinitis, among other things. After basically starting at ground zero with X3 Training in early 2014, it has been a long slow process of building strength, endurance, and distance. It has required a lot of patience, and trying to ignore what others are doing, running my own race.

For the actual training regimen, it has been a mix of strength training (weights) several times per week, cross training (swimming, biking), speed work, and slow distance. Since I am training for endurance events, I also do back to back long runs on the weekends. We are lucky in Toronto to have a surprising amount and variety of technical trails. So while the Saturday long run is typically road, and focused on a distance target, Sundays are trail run time, and I get to focus on running by feel, and exploring.

What did you do for nutrition? I guess the one nice thing about running on a track is that you can have five of your very own, customized aid stations every kilometer.

Yeah, this was supposed to be a dry run for Nica, with good plan for nutrition. In reality, I had a lot going on that week personally, and was not very successful in organizing my prep. I pretty much threw some gels and bars in a bag, grabbed my main powder “Infinit Nutrition Jet Fuel”, and left for the race.

People that had clearly done this before, or had bothered to research, had really nice tables laid out with different foods they like, gels nicely stacked in a row. I borrowed a corner of my friend Patrick Campbell’s table for my nutrition, still in a baggy. Patrick, btw, came in 2nd, and I think is currently tied for the record in this race.

Because I was disorganized, it meant that I had to think more about nutrition, and it set a bad tone for me for the race. Ideally, I am arranging things so that there is less for my brain to do, fewer decisions. Keeping track of things takes energy and focus, and in an ideal world I am reserving every possible bit of energy and focus that I can for running. On the other hand, it was a prep race, and instead of practicing the happy path, I got to practice a more difficult scenario.

All that said, I was tracking to consume about 300 calories per hour. For me that was one gel, one bottle of nutrition, and some snacks. Either a bar that I had brought, some chips, gummies, or boiled potatoes. I used the boiled potatoes as a salt delivery mechanism.

And I drank, a lot. I did not track my hydration, but kept two water bottles going.

And now for the obvious question: what do you do with your brain for eight hours? You clocked over 63 kilometers. That’s more than 270 laps around that track. What do you think about?

PK: Did I mention that I was not very organized? I realized when I was starting that I forgot my ear buds. So a lot of the first four hours or so was feeling frustrated, and kind of bummed. So what else is there to do? Watch the clock, watch the laps go by, try to do math in my head to calculate various timing outcomes based on ~1:25 per 232 metre lap. Think about how nice it would have been to have treats for myself lined up on a table. Think about putting my bottle down at one end, then grabbing it the next round. Making small goals. Mostly, for the first 4-5 hours in was incredibly mentally painful. I was not able to get into a groove, and not able to do much to distract myself, so it was just watching the clock go, super slowly!

At one point, I considered dropping. I ended up posting on Facebook to get some positive feedback. I think my favorite advice was from a racing friend currently stationed in Germany. Her sage advice – “Don’t shit yourself”. To be fair, decent advice, particularly for an indoor, non-survival, race.

But this broke things up a little, picked up my spirits, and it got easier from there. I started creating some ‘mile markers’ to look forward to: the marathon distance runners were finishing up, then there was the finish for the 6 hour runners, then I could watch the few remaining slow marathon runners finish. Finally there is interacting with other runners, encouraging the volunteers, trying to be a positive force in the race.

I understand that you’re planning on running next year. What will you do differently in terms of preparation and execution?

Yes, it took me at least 2 days to go from “holy crap, never again” to “hmmm.. here’s how I’ll do it differently next time”, haha.

I would be more prepared, clearly. It took me about 5 hours to recover mentally, so being positive from the start would help. In fact, with these kinds of endurance events, it is at least as important as the physical training.

So, for the next race:

Thanks Paul. Great work this year and good luck in Nicaragua!

Thanks Michael! I am super excited to go back, and very happy that my training allowed me to go from this prep race, back to training, with only a day rest. Feeling great!