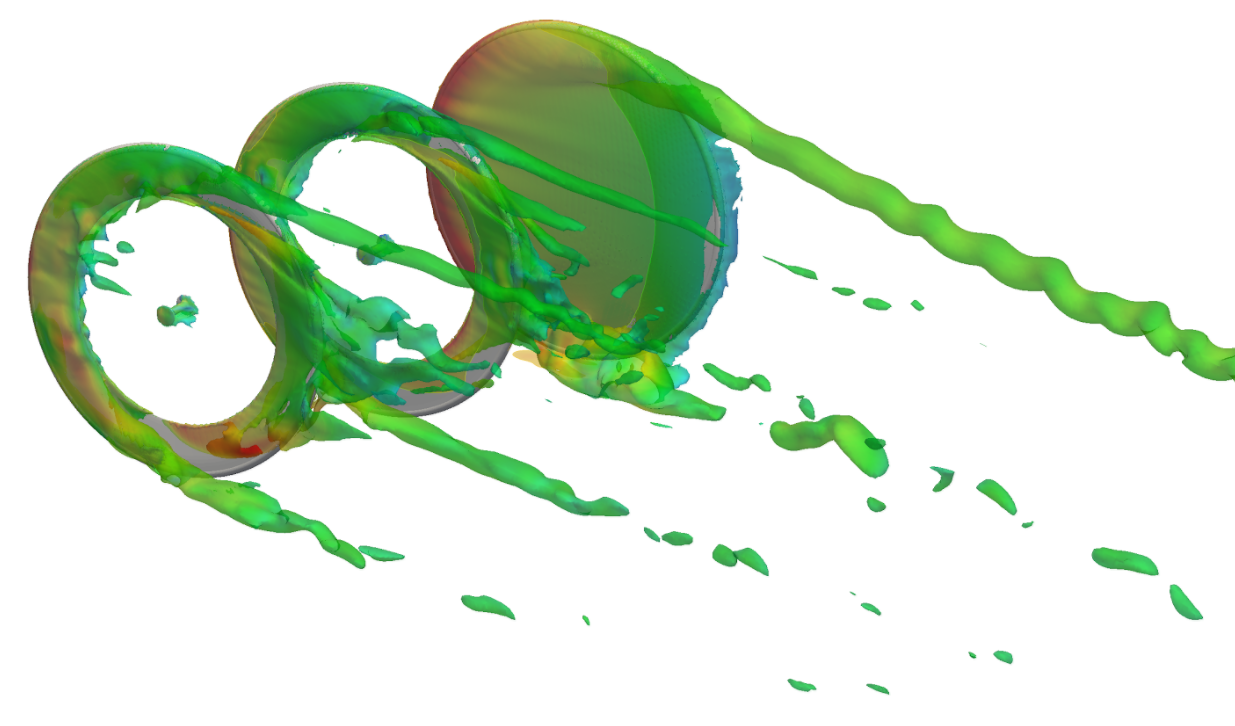 There’s a lot happening in the world of wheels. Disk breaks are disrupting the status quo, cheap, open-mold models from Asian manufactures are ever easier to access, and brands like Zipp and US start up Princeton CarbonWorks are experimenting with non-traditional inner circumference profiles. All of this is on top of the now-routine marketing warfare where every brand claims to be the fastest, the stiffest, and the most stable. I will write about wheel marketing soon – since it’s a topic well worth covering! For now, let’s talk about rim depth and how it affects our choice of wheels.

There is a well-established belief that deep wheels are always faster – and therefor better – than their shallower brethren.

Is this true? Read on!

Before we begin, it’s useful to understand the concept of yaw angle. Stated simply, the yaw angle is the angle at which the wind strikes the bike + rider. It is the result of the wind speed, wind direction relative to the rider, and rider speed. If you’re keen on doing a little basic vector math, you can sort these out yourself. If you’d rather skip the cosines, here are the highlights.

Armed with that understanding of yaw angles, as well as some data from our friends at STAC and the information-generous folks at FLO Cycling, let’s look at the implications for front and rear wheels. 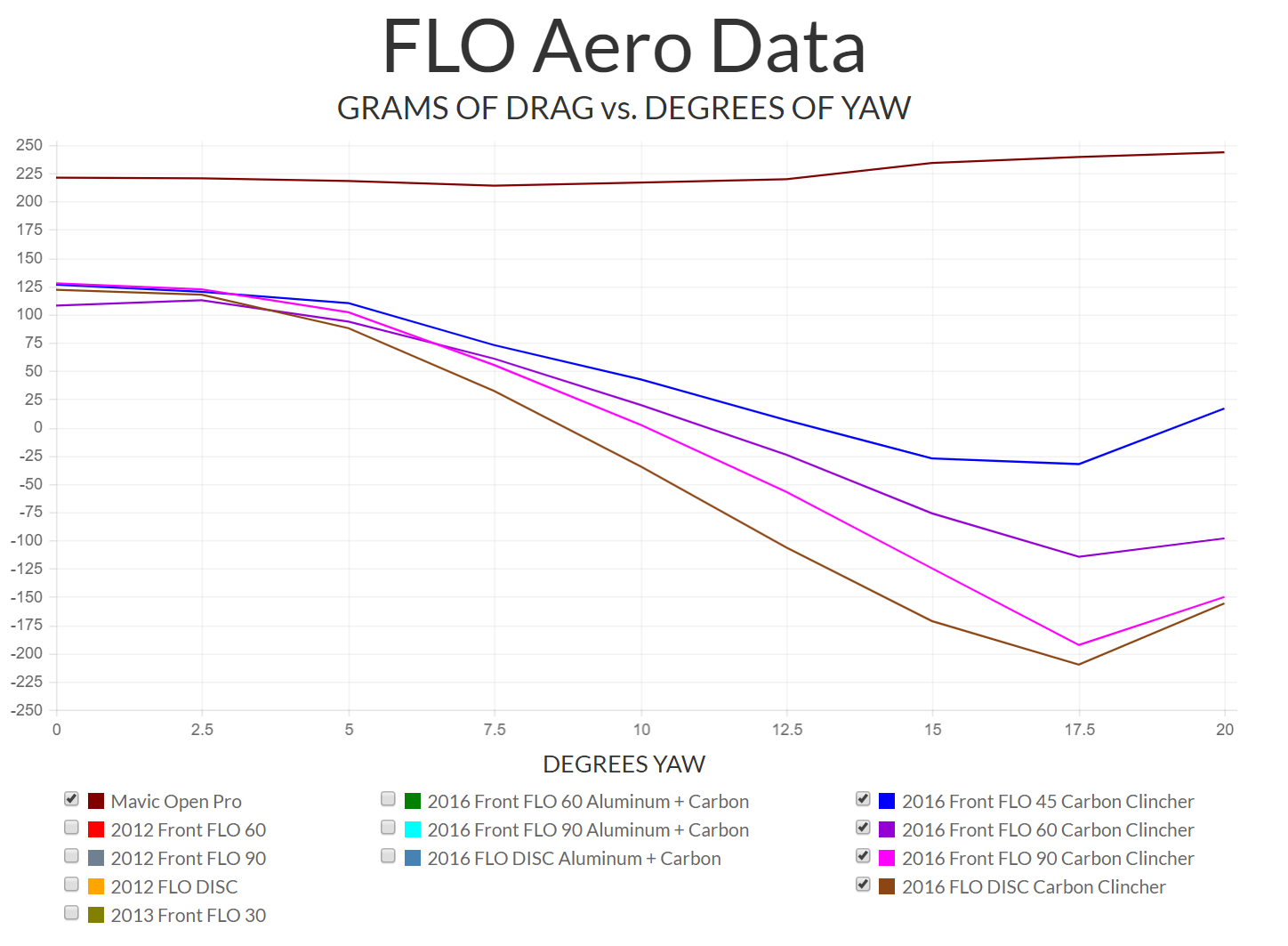 This plot from FLO shows a comparison of a traditional box (aka non-aero) wheel (the Mavic Open Pro) with four of their own carbon clinchers in 45mm, 60mm, and 90mm depths, as well as a full disk. It’s obvious that all four FLO wheels outperform the non-aero Open Pro by a healthy margin. Now some of that is because the tested Open Pro had 32 round spokes vs the FLOs’ 20 aero spokes, but the point stands.

A more interesting observation is how close the four FLO offerings are at low yaw angles.

So we have two take-aways:

Now let’s consider the ‘costs’ of going deeper. By this I mean performance costs, as most brands charge only a small (if any) premium for their deeper product offerings.

So if front wheels of various depths are more or less identically aerodynamic at low yaw angles AND deeper wheels are less stable at high yaw angles, then I would argue that it’s a hard sell to go deep up front.

Point 2 above applies to front wheels only. Why? Because rear wheels have no effect on steering. A side wind acting on a rear wheel – or on the frame, or on the rider – simply pushes the complete bike plus rider to the side. It does NOT tug at the bars requiring sudden adjustments in steering. The corrective action here is just a bit of a lean. To be fair, lighter riders will have to do a bit more work than heavier athletes, but a lean is a much smaller price to pay than unexpected front-end steering.

In terms of aerodynamics, a disk is clearly faster than any other wheel depth at yaw angles greater than 5°. The FLO data supports this as will any other manufacturer’s plots.

In my consultations with athletes on the subject of wheel choices, I’ve come to recommend a fairly shallow front (45-60mm) with a disk rear (whenever allowed). I believe that this is the best of both worlds. It’s a fast setup that does not compromise handling comfort.